The Authority for this policy and its maintenance is the Majura Football Club
Committee.

The Majura FC (MFC) Coach of the Year award is an opportunity for the club to celebrate and
promote thevaluable contribution coaches at all levels make each season. MFC defines worthy

coaches for this award not by how many wins or loses they have during the season, but the long-
lasting impact that they have onthe development and enjoyment of their players.

Great coaches, in the Committees opinion, are also dedicated to continual learning, mentoring
and personal growth, which is the sign of someone willing to be better each time they coach.
Nominees can be nominated from any level within the club, Under 6 through to Masters.

To be eligible for the Coach of the Year award, Nominees must:

Nominations will be assessed against the following criteria:

The nomination period with a link to this procedure, will be published on both the MFC website
and Facebook page. Nominations can be submitted by any member of Majura FC, addressing the
selection criteria and in no more than 400 words maximum. The nomination should then be
emailed to info@majurafc.org.au There are no restrictions on the number of nominations received for these Awards. Note that nominations received outside the nomination closing date, will not be accepted.

Nominations should include the following information:

Determining the recipients of the Awards will be based on the information provided by the
nominator. Itis therefore important to provide sufficient, accurate information to enable the
selection panel to makean informed decision. The decision of the Panel is final, and no
correspondence will be entered into.An unsuccessful nomination does not preclude the
nomination being submitted in successive years.

The Panel members will assess each application against the eligibility and selection criteria
requirements. Panel members may seek to view the coach ‘on the field or in training’. This is a
decision for the panelto ensure nominations (especially those too close to call) are considered
fairly.

You may also find these articles interesting

Majura Football Club is a volunteer run organisation that depends on its members to operate. Please contact Jo Smith if you can assist the club in any way. 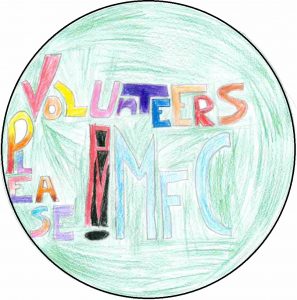